Being aware of the importance of the environment in urban management and sustainable development, and after the recommendations of Istanbul conference about supporting the strategies of facing climate change, Salé city adopted at the end of December 2010, by an initiative from the association of Islamic cities and with the support from the city council, an international conference in which Salé was declared a green city by the year 2020.

The thing which encouraged in making Salé city green by 2020,and in adopting this strategic goal by the city council, the fact that the city has many natural potentials in the form of a coast line on the Atlantic and a river front along the banks of Abu Regreg. Also , the green belt which surrounds the city and which is characterised in Maamoura forest is the most important potential together with a group of gardens  and streamlets . The documents of urbanization, the reference of the city, from an assisting factor since they include surfaces set for creating green spaces which satisfy the urban ampleness and demographic progress of the city.(more than 300 hectares). 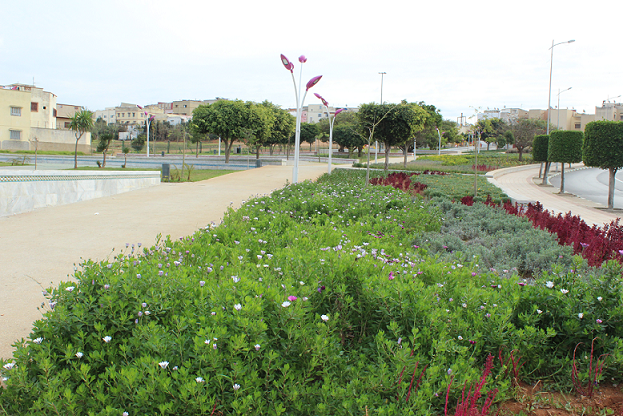 To achieve this ambitious goal, the city council adopted a strategy of work which aims at:

Therefore, Salé communal council gives a special importance to the environmental side through taking care of green spaces and natural heritage characterized in Maamora forest and making it an important axis of work in order to preserve it and make of it a natural recreation for city inhabitants. For this purpose, the council signed partnership agreements with the exalted delegation for water, forests and fighting desertification, and the provincial delegation of the ministry of youth and sport with the intention of creating and managing entertainment spaces for inhabitants.

Besides, many parks were rehabilitated through planting trees, cementing passages, creating fountains and water basins and equipping them with entertainment means like sports places, cafeterias and free playing yards for kids.

In addition to that, a park was set up in New-Salé, and some other parks were rehabilitated: park Moulay Abdellah in the avenue Abelkhaleq Torris, park of Liberty on the way to Meknes, park Moulay Rashid , park Alamal in Tabrikt and park Elfrougui in Leyayda. The avenues through which the tramway passes got a special management, through creating parks on the sides of the tram rails in both avenue Hassan II, and avenue Med IV. And also through embellishing electric posts with hanging vases watered through an automatic dripping system , which gave a special esthetical look to both avenues. 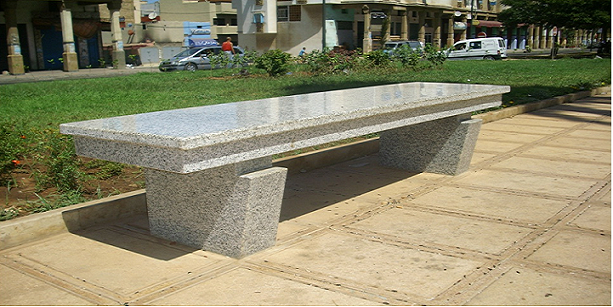 Managing the space of liberty: