Laayayda district became an urban commune with a corporate body and financial independence in accordance with the decree  462.92.2 issued on the date of June 30th 1992,which determines the number of circles and administrative annexes urban and rural communes. And in the year 2003,and after applying the system of city unity in conformity with the law nb 78.00 related to the communal chart in accordance with the dhahir nb 1.02.297 on the date of oct 3rd,2002  Laayayda district became one of the five districts forming the urban commune of Sale. 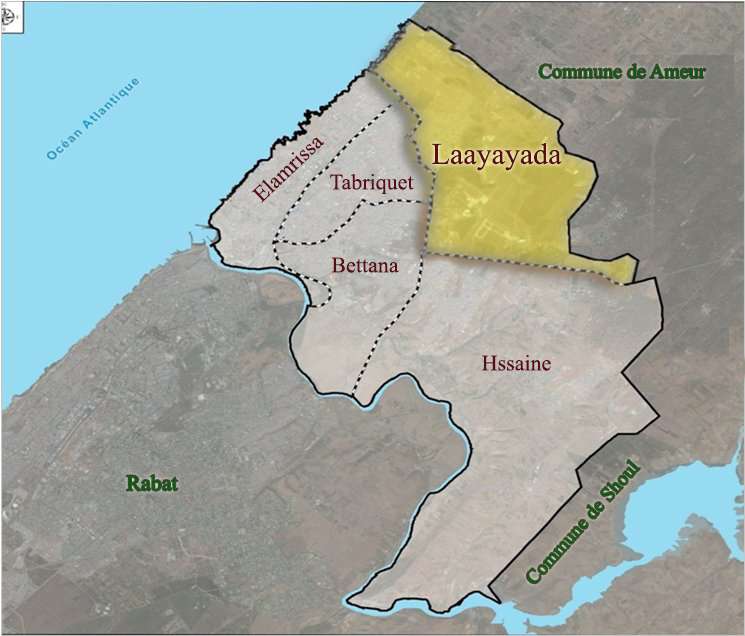 It is located between the rural commune of Amer from the north and east , district H’ssaine from the south and district Tabriquet and district Bettana and the Atlantic ocean from the west. And it is considered as one of the districts whose population knows a constant rate of increase, so it moved from 114 799 people in 2004, to a total of 153 361 in 2014, with a percentage of 17% of the total number of city inhabitants.