Lamrissa became an urban commune with corporate body and financial independence by  the force of the law nb  462.92.2 issued on the date of June 30th 1992 which limits the number of circles and administrative annexes  and urban and rural communes. And in the year 2003, and after applying the system of city unity decreed by the law nb  78.00 related to the communal chart which was decreed by the dhahir  1.02.1997 on the date of 03rd 2002, district Lamrissa became one of the five districts which form the urban commune of Sale. 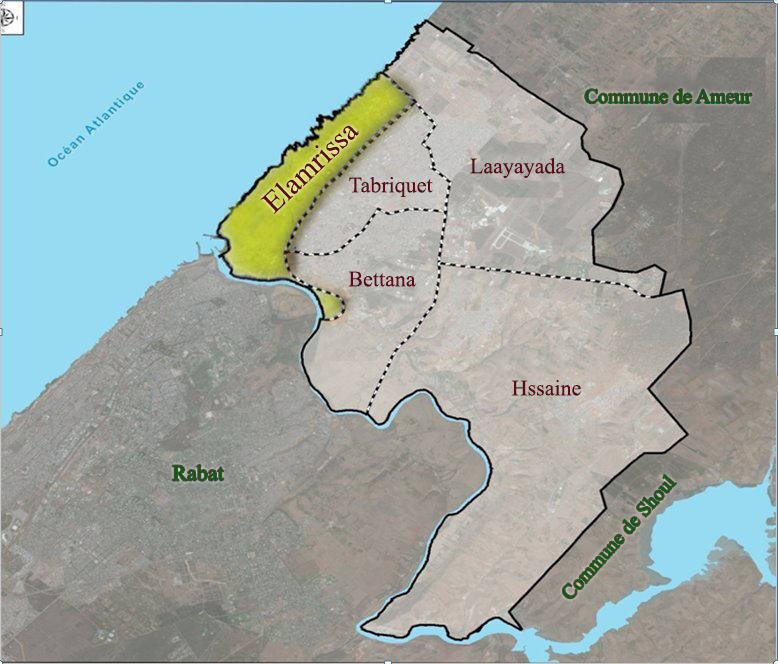 District Bab Lamrissa is located in the north west of Sale city, it is limited from  the north by Laayayda district,from the south by Abu Regreg river,from the east by districts Tabriquet and Bettana  ,and from the west by the Atlantic ocean. Its surface is 9,75 km2 .Its population is 174.934 according to the general census of  2014.

The name Lamrissa goes back to its famous gate Bab Lamrissa which was inaugurated in the 13th century during the Merinids period since it was a main entrance to ships, a small port and a workshop to repair boats and ships, and it was considered due to its strategic location an important center for commercial exchange between Morocco and Europe.

The district is characterized by its natural monuments, its wall whose Length reaches 4.5 Km, and by the existence of many handicrafts and administrative  facilities .