Developement of the Bouregreg Valley 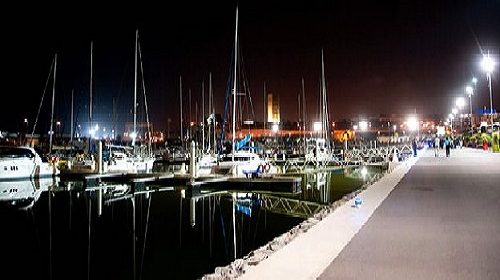 At  the beginning ,work focused on the first and second parts: 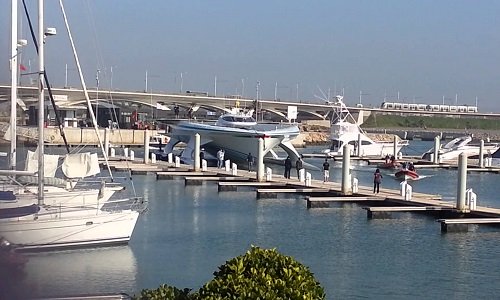 Bab Albahr is a place meant to be an entertainment center for Sale and Rabat inhabitants and this project is considered as the fruit of cooperation between the agency of managing the banks of Abi Raqraq river and the institution of The international Crossing for Investment in Abu Dhabi.

The amount of investment  in the project of Bab Albahr  is 7 billion dirhams  on a surface of 30 hectares. 530.000 m2 set for habitat blocks , hotels, services and public equipments, besides a group of entertainment poles in the space for  Arts and Crafts. And they are formed of the following projects:

1.Performing a subway project for the urban agglomeration Rabat Sale, whose official start was given by his majesty Med VI on December 23rd, 2007, and it is part of  a general strategy to  rehabilitate  urban public transport in the two cities. The length of the tramway rails 19km in 31 stations, and it includes two trails:

2.Building the new Bridge Moulay Elhassan whose launch of work was given by his majesty Med V in 2007, it is distinguished on the one side by its special architecture and urban integration and on the other side by its huge shape ,hence it stretches along 1,2 km and it is formed of two parallel ways with three tracks for pedestirians and cyclists and a special track for tramway with two lines.

3.The project of Oudaya tunnel : it goes  from  Madarat  Bab Albahr in the direction of the Cemetery of Achouhada from the side of the sea along a distance of 1022 . The creation of this tunnel aims at solving the problems of traffic which Rabat and Sale city know and to alleviate the  pressure  and  jams in the old road.

4.The entertainment post Marina Abu Raqraq is considered one of the important projects which form an important factor of attraction. Due to its extension on a surface of 8 hectares, it can receive 350 entertaining complexes, and it is surrounded by a number of restaurants , entertainment places ,houses ,high quality hotels and tourist places like the space of Hassan Minaret ,Bab Lemrissa and the old city of Sale. 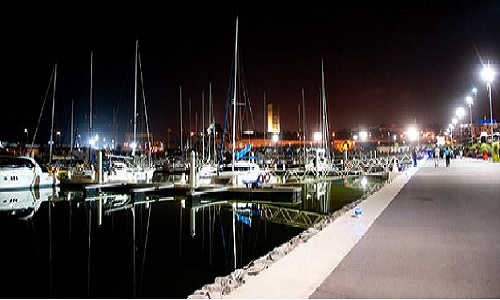 Taking into consideration its central location between the right and the left banks of Abu Raqraq river, and its role as a linking point between  estuary  Abu Raqraq and  Alwalja  plain, this part represents the major part  of the project and it is distinguished with a Mediterranean architectural design on a global surface of 112 hectares, set to establish  :