The commune council of Salé concludes its extraordinary session 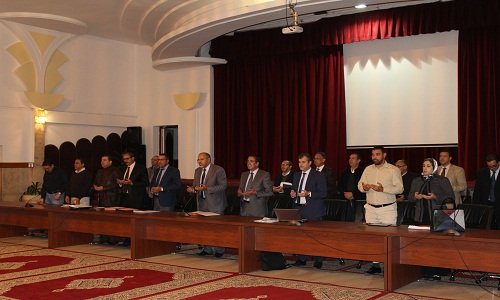 The chairman of the commune council of Salé, Mr. Jamaâ Mouâtassim, presided, Tuesday, November 21, 2017 the work of an extraordinary session, from 3:00 pm to the large room of the municipality located in Bab Bouhaja; in the presence of the council members and the representative of the local authority, as well as a certain number of officials and citizens.

At the beginning of this session, and after the President’s welcome, “La Fatiha” was read in tribute to the victims of the stampede which occurred last Sunday during the distribution of foodstuff in Essaouira.

Subsequently, the secretary of the council, Mr. Jillali Sine read the agenda of the session. And after a thorough discussion of the items on the agenda, the board members present unanimously approved the following points:

1. To study and approve a draft partnership agreement for the establishment of a marketing complex for agricultural and food products for the prefectures of Rabat-Salé-Témara and for the province of Kenitra;
2. Approval of a partnership and cooperation agreement between the Ministry delegated to the Prime Minister in charge of relations with Parliament and civil society, the municipality of Salé and the Fqih Tetouani Foundation for Science and Literature;
3. Approval of the revision of a partnership agreement between the commune of Salé and the Handball Association Chabab Tabriquet of Salé (CHTS) for the awarding of a bonus for the year 2017;
4. Approve the loan application of the Municipal Capital Fund (CEF) to finance the share of the communal contribution under the partnership agreement resulting from the development project of “Souk Assalihine” in Salé;
5. To approve the increase in commitment appropriations for the special account of Hay Moulay Ismail;
6. Approval of the correction of some faults appearing in the denominations of certain associations awarded by the municipality of Salé for the years 2016 and 2017;
7. To approve the conclusion of a lease agreement between the municipality of Salé and the heirs of El Ghouti Laraichi for a building consisting of a ground floor and four upper floors in Laghrablia in the district of Lamrissa;
9. Approve the delimitation of public roads for the construction of a road linking Hassan II BE85 Avenue to Zarbia Avenue 4105RP and the expropriation of real estate necessary for this purpose, and the allocation of a sum fixed by the administrative evaluation committee to compensate the riparian owners, as well as the presentation of an application to the Agency for the Development of the Bouregreg Valley to initiate the procedure of expropriation;
10. Approve the modification of the decision taken on the approval of the decision to plan the limits of public roads to widen the Zarbia Avenue 4105RP development road from its beginning to the highway and the expropriation of properties and buildings required for this purpose, as estimated by the Administrative Evaluation Committee;
11. Approve the expropriation of parcels forming the property base necessary for the relocation of families benefiting from the 2nd tranche of the Douar Sehb El Kaid in Salé, according to the estimates of the Administrative Evaluation Committee;
12. Approve the delimitation decision for public roads to open the BE1 development road and the expropriation of property necessary for this purpose, according to the estimates of the Administrative Evaluation Committee.

In addition, it was agreed to defer the consideration of the eighth item to a later session, the point concerning the approval of the renewal of the contract between the commune of Salé and the literacy cooperative “Al Wifaq” of the senior executives of the education and training in Salé concerning a building in the form of a private school at the residence “Assafae 6” in Laâyayda district.

The work of this session ended with a message of loyalty and loyalty addressed to HM the King, may God assist him. 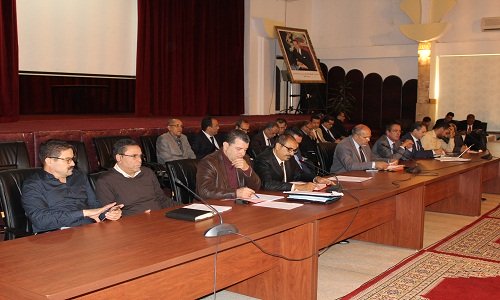 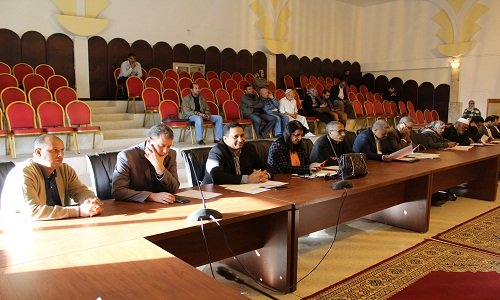 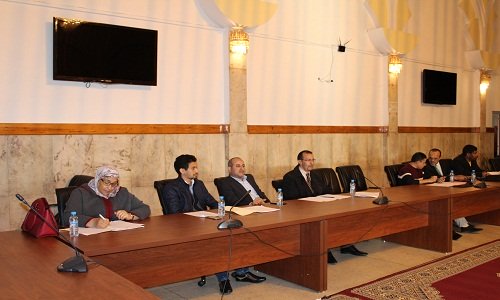 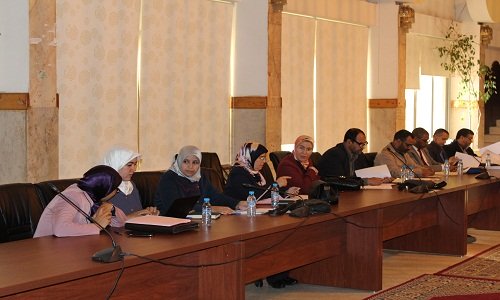