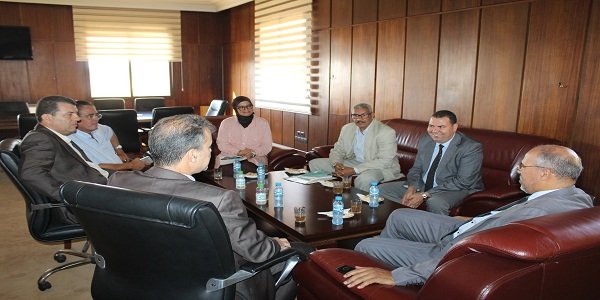 As part of the “Salé Thursday Concertation” meetings, the Salé commune organized a consultation meeting on Thursday, October 4, 2018, at around 4 pm, at the main town hall in Bab Bouhaja-, under the theme: “The citizen and the public domain “; with the participation of Prof. Chérif El Ghayoubi, a professor at the Mohammed V Faculty, some elected representatives, coordinators of borough consultation committees, civil society associations, as well as a group of citizens. This meeting was moderated by Mr. Abdellatif Labriki. 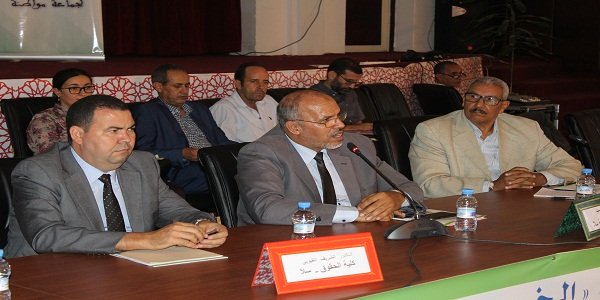 At the beginning of the meeting, the president of Salé commune, Mr. Jamaâ El Moâtassim, highlighted the success of ” Salé Thursday Concertation” in opening a substantive debate on topics concerning the development of the city, between the various stakeholders, in particular civil society associations.

On the subject of today, Mr. El Moâtassim pointed out that the public domain is a common property of the public, which imposes a shared responsibility to develop its management and to protect it against illegal occupation and exploitation public spaces, thus damaging the image and attractiveness of the city. This is why it is necessary to opt for a participative research of adequate mechanisms aimed at preserving the communal public domain and strengthening the role of the parties involved.

For his part, Mr. Chérif El Ghayoubi, – Professor at the Faculty of Legal, Economic and Social Sciences of Salé, has highlighted the conceptual aspect of the public domain in the form of real estate or movable property, resulting from the financial responsibility of public persons, and devoted to the satisfaction of the general interest; while making it clear that this affectation requires the existence of a separate legal regime capable of developing it and ensuring its necessary protection. The professor also discussed the religious, social and historical foundations of the public domain as well as their types and modes of use, the forms of its acquisition of the general status, as well as the means of protection between civil, criminal and administrative protection, and the role of the local authorities in protecting public property. 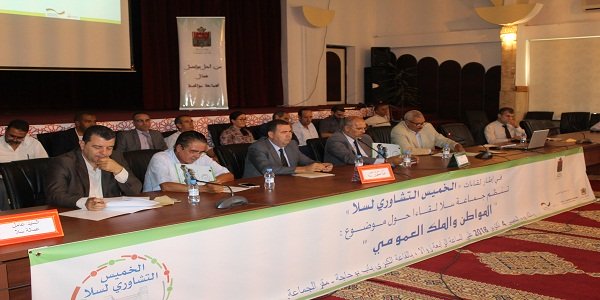 In a presentation on the management of the public assets of the municipality of Salé, Mr. Bahaeddine Akdi, vice-president of the commune of Salé, highlighted the management of the commune with regard to its public assets and the types of operation, methods and rules for licensing and royalties. Mr. Akdi also spoke about the content of the tax decree regulating the exploitation of the communal public domain and the results of a field study on the phenomenon of the anarchic exploitation of the public domain by itinerant merchants, as well as the multiples implications of the phenomenon and proposed solutions to reduce it. 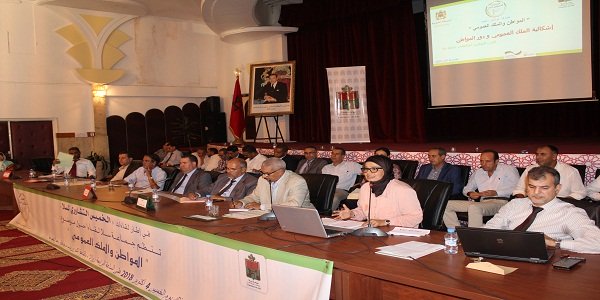 For her part, Mrs. Saïda El Alami, representative of the borough council’s consultation committees, noted that the phenomenon of the occupation of the public domain at Salé is of a structural nature and includes economic, social and cultural dimensions. The main causes are migration, the proliferation of lawless constructions and the shortage of commercial premises.

She added that the reduction of this phenomenon requires the taking of appropriate measures, including the implementation of the legal provisions governing the exploitation of the communal public domain and the adoption of proven models of the private sector.

During his speech, Mr. Mustafa Jaouadi, Vice-President of the commune of Salé, delegate in charge of economic affairs, specified that the functioning of the competent services is carried out in accordance with the regulations governing the occupation of the communal public domain, and that the granting of operating licenses is accomplished according to the rules and procedures in force; This is done through joint committees composed of representatives of the regions authorized by law to oversee the eligibility for issuing economic licenses. The speaker also revealed the need to strengthen the mechanisms of participation of civil society associations in addition to municipal services to combat the spread of informal activities in the public domain.

The second part of this meeting was devoted to an open debate between stakeholders and the public on the subject, which resulted in suggestions and recommendations that will be included in the work program of the steering committee of the “Thursday Concertation” in view of their examination. 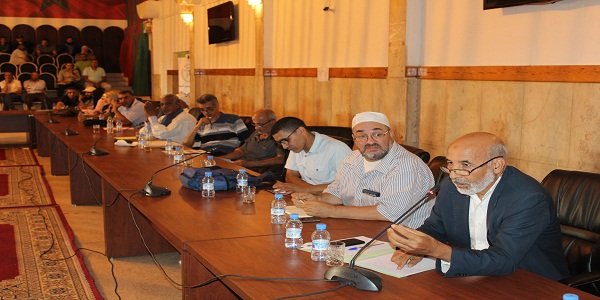 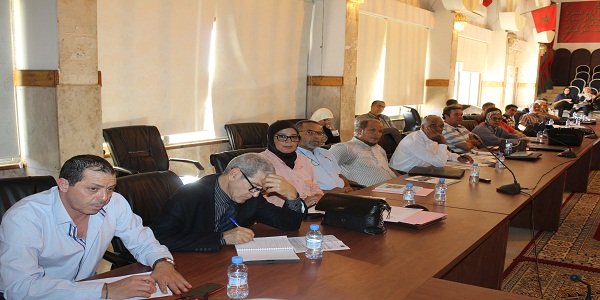 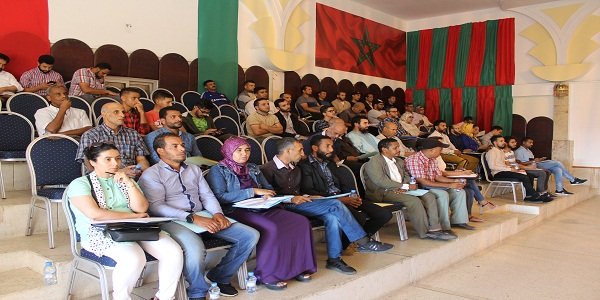