The “Thursday of Concertation of Salé” discusses the theme “Salé, a city without slums: between ambition and constraints”

The commune of Salé organized, in the framework of the meetings of the “Thursday of Concertation of Salé”, a consultative meeting on the topic “Salé, city without shantytowns: between ambition and constraints”; and this, Thursday, December 06, 2018 around 16h, at the large communal hall located in Bab Bouhaja. The reunion was attended by the Ministry of National  Planning, Urban Planning, Housing and Urban Policy; and the presence of members of the Salé municipal council, the presidents of borough councils, coordinators of borough consultation committees, as well as various civil society associations and several citizens. 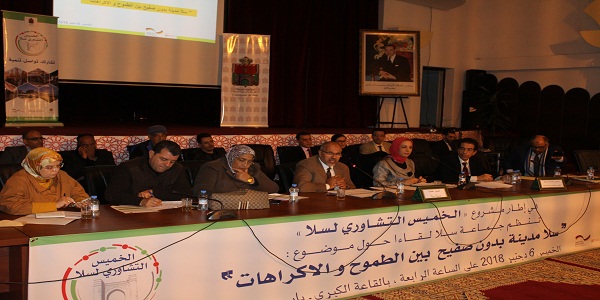 This audience was initiated by an intervention of Mr. Jamaâ El Moâtassim, president of the municipality of Salé, in which he stressed the importance given by the communal council to contribute to the eradication of slums to the city of Salé, to through the allocation of the necessary means to face the constraints raised, according to a participative vision and within the framework of a common responsibility. 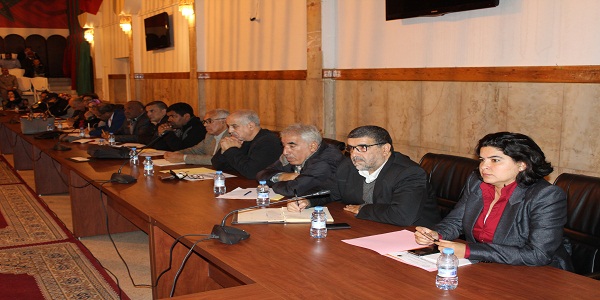 Mr El Moâtassim added that the number of families concerned was 8,134 and that the nature of the intervention included rehousing, rehosting and restructuring. As for the municipal contribution to the reduction of substandard housing, it includes the acquisition of real estate necessary for the realization of the projects and the free transfer of the property tax base (Operation ANNOUR 5.4 hectares) and the structuring process of under-equipped neighborhoods, external amenities and accelerate the pace of study of typical design records, in addition to participation in relocation monitoring. 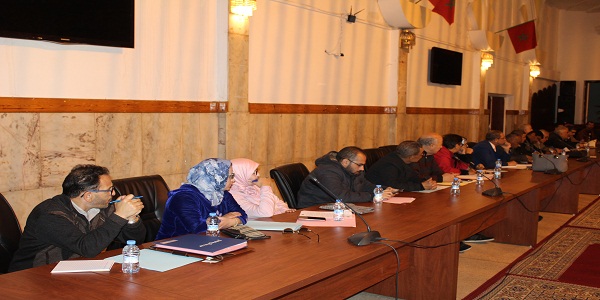 And as preliminary results of the efforts made on the subject, Mr. El Moâtassim spoke about the capacity to eliminate 2 indecent neighborhoods, and the resettlement of families from Douar Jdid and Douar Draoû, located on the territory of the district Tabriquet, to the sidi Abdellah project on the basis of 2 families for a lot of land, where the completion of the operation exceeded 93%. 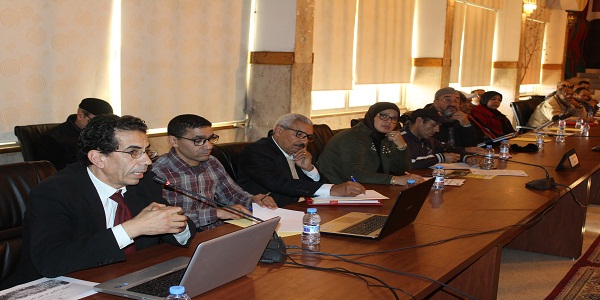 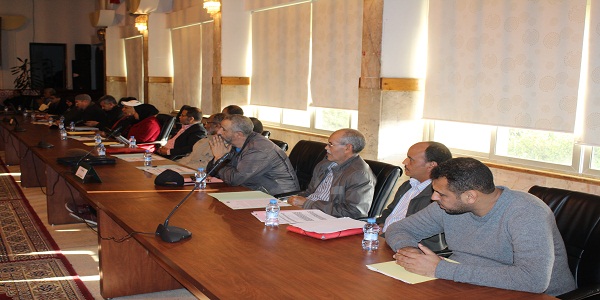 The assembly was marked by the presentation of the efforts of the Ministry of National Planning, Urban Planning, Housing and City Policy in the implementation of the National Cities Without Slums program, as well as the views of civil society regarding the reality of the proliferation of precarious housing in the city of Salé and its repercussions at different levels and domains; through two presentations presented respectively by Mr. Omar Morsli, representative of the Ministry, and Mr. Mohcine Bahdi, representative of consultation committees at the borough level. 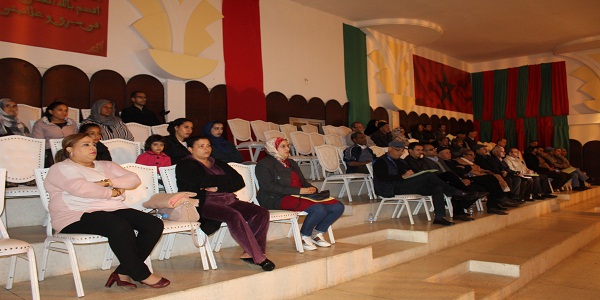 This gathering was an opportunity to discuss the causes of spread of slums in Salé, and related problems including social issues; as well as the proposal of practical recommendations whose implementation would help to solve the problem of unsanitary housing in the city of Salé.