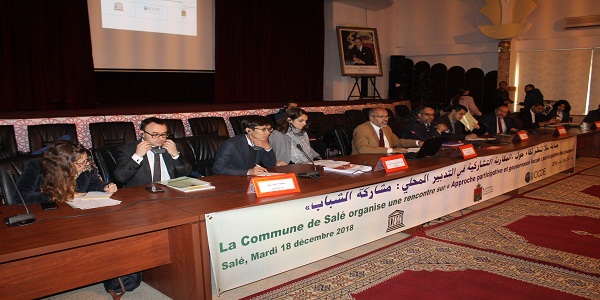 The commune of Salé organized, Tuesday, December 18, 2018 at the headquarters of the municipality located in Bab Bouhaja, in partnership with the Organization for Economic Cooperation and Development (OECD) and the United Nations Educational, Scientific and Cultural Organization (UNESCO), a workshop on “Participatory Approach to Local Governance: Youth Participation”; and attended by representatives of the OECD, UNESCO, a number of local elected representatives, representatives of civil society associations, the Forum for Fairness, Equal Opportunities and Gender Approach in the communal council, as well as young people of both sexes. 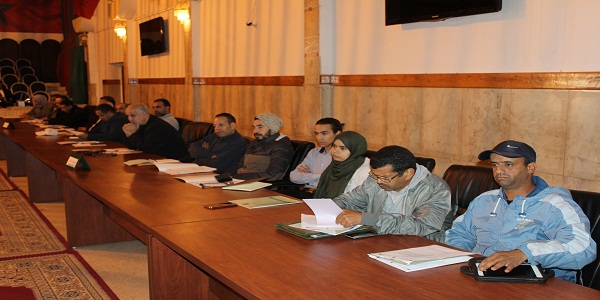 In the first place, Mr. Jamaâ El Moâtassim, President of the commune of Salé, launched the inaugural session of the workshop, mentioning the national context that favored the Kingdom of Morocco’s accession to the partnership initiative for a open government as an effective model of good governance.

Mr. El Moâtassim added that the organization of such a workshop on youth participation in local governance is the real embodiment of the collective will of the Salé Council in promoting a participatory approach to local governance and openness to young people, as the true wealth of the country. Thus, it is necessary to place youth issues at the heart of the new development model, to prepare an integrated youth strategy and to reflect on the most effective ways to improve its situation; and we must, he confirmed, first of all open the door to trust and hope, as HM King Mohammed VI asserted. 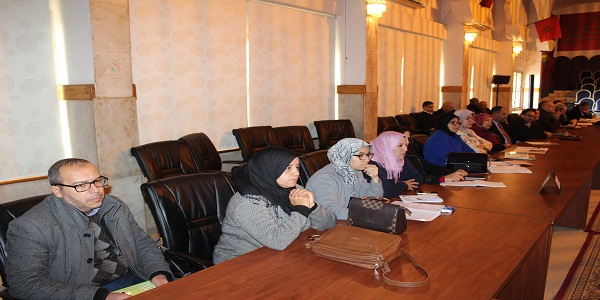 Similarly, Mr. El Moâtassim stressed that the proportion of young people in Salé is important, which is both a positive aspect and a challenge that requires special attention to young people through projects and development programs dedicated to them. This translates concretely into the municipal action plan for the 2018-2023 period through the allocation of 85 projects for young people, with an estimated budget of 1.5 billion dirhams. 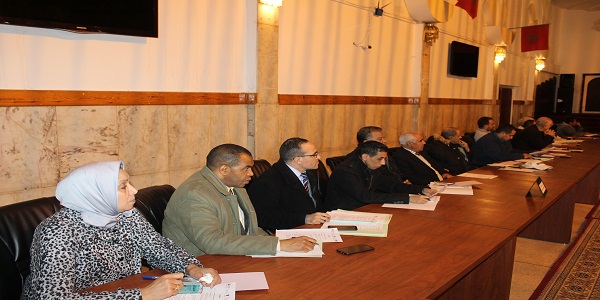 On the other hand, Mr. El Moâtassim revealed the adoption, by the commune of Salé, of a multitude of initiatives opting for the reinforcement of the mechanisms of youth participation in the process of management of local affairs, notably the creation of a local advisory committee made up of a certain number of young people at the level of the working groups or the steering committee and the organization of consultative meetings within the framework of the “Salé Concertation Thursday”, attended by young people representative of civil society associations, which operate in various fields. 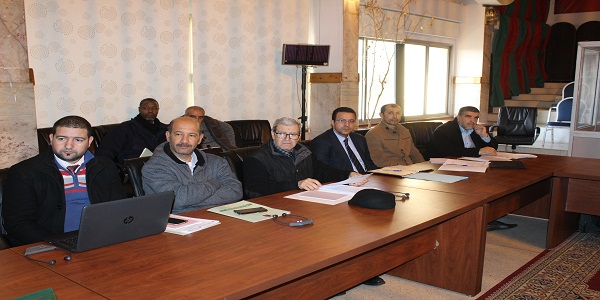 For her part, Ms. Charlotte Denise-Adam, representative of the OECD, praised the efforts made by the municipality of Salé to consolidate the platform and the principles of open administration, in a participatory approach, and one of its priorities is to create opportunities for youth participation in local affairs. She also underlined the seriousness of the commitments and initiatives undertaken by the Ministry of Youth and Sports in the context of advanced regionalization, in order to create the necessary conditions to strengthen youth participation in various fields.

During his speech, Mr. Phinith Chanthalangsy, a specialist in the Humanities and Social Sciences program at UNESCO, expressed his satisfaction at working in partnership with the commune of Salé in the context of strengthening the achievements of local democracy. He added that the Organization is conducting a program focusing on the territorial level, which brings together 10 Mediterranean countries, and whose vocation is to increase the political participation of young people at national and local levels. He also appreciated the initiatives taken by the commune of Salé for its role of involving young people in the management of local issues, and creating spaces to express their concerns; This requires strengthening existing practices and developing structured programs for youth policies that meet the needs and expectations of these young potentialities. 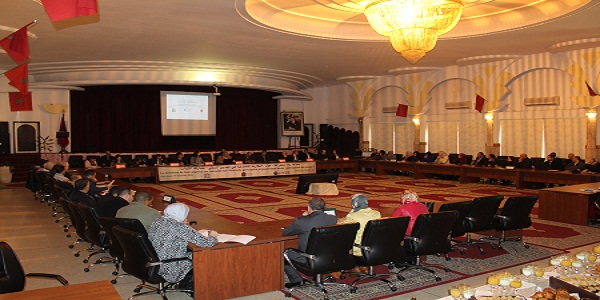 For his part, Mr. Ahmed Ould El Caïd, representative of the Directorate of Youth and Sports in Salé, expressed the importance of organizing such meetings; which provide a space for serious, direct and candid dialogue to raise a series of questions about youth participation in the management of public affairs.

The workshop was marked by presentations on the integration of young people in local governance, notably by Ms. Halima Chouika, vice-president of the commune of Salé, in which she listed some initiatives taken by the commune of Salé, aiming at concretizing the legal provisions related to participative democracy and establishing mechanisms for dialogue and consultation, particularly with the young people of the city.

As for the presentation presented by Flavio Ramos, representative of the Portuguese city Vila Nova de Gaia, he gave an overall assessment of the city’s experience in integrating young people into local governance and creation of  youth councils as an advisory body and power of suggestion vis-à-vis the municipalities and districts of Portugal. 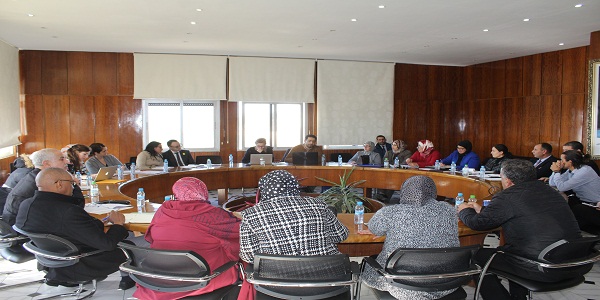 As an indication, the activities of the workshop took place in three sessions: the first was devoted to the presentation of institutions and bodies made available to young people to increase their participation in public policies; the second focused on the sustainable policy monitoring method through dialogue and participation mechanisms; while the last session focused on guidelines and best practices for the development of a guide for youth involvement. 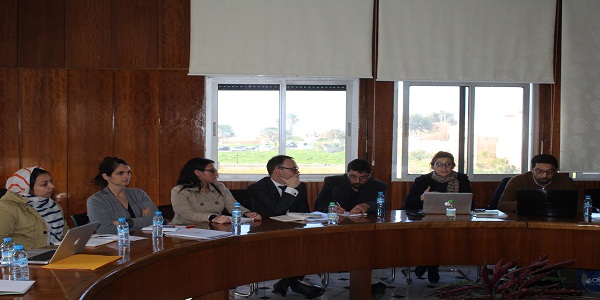